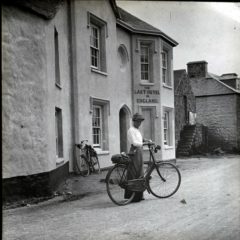 Percy’s parents went on a cycling holiday in the early 1890s (or earlier) and I presume it was Percy’s Father who took the photos here which he added to his Magic Lantern Slide collection, later to be inherited by Percy. I think from memory that Maud used to say that they cycled, from where they […]