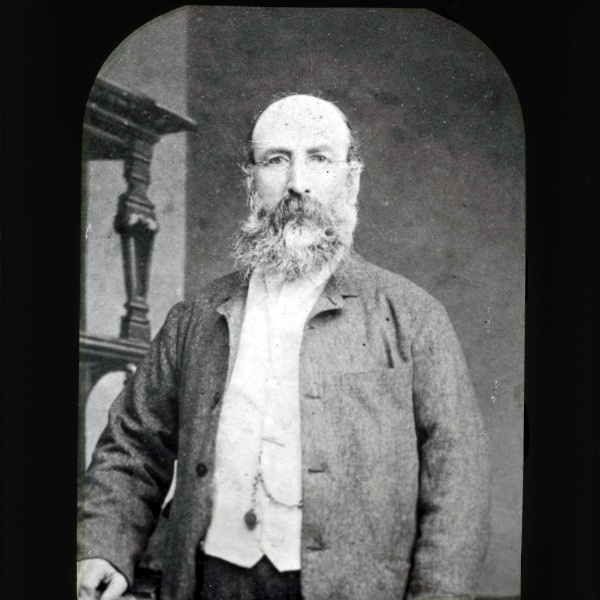 Notes: Wholesale Greengrocer from Birmingham. (Never married his partner (Maud’s Mother) Anne Andrews.) They lived together in Offenham, near Evesham. 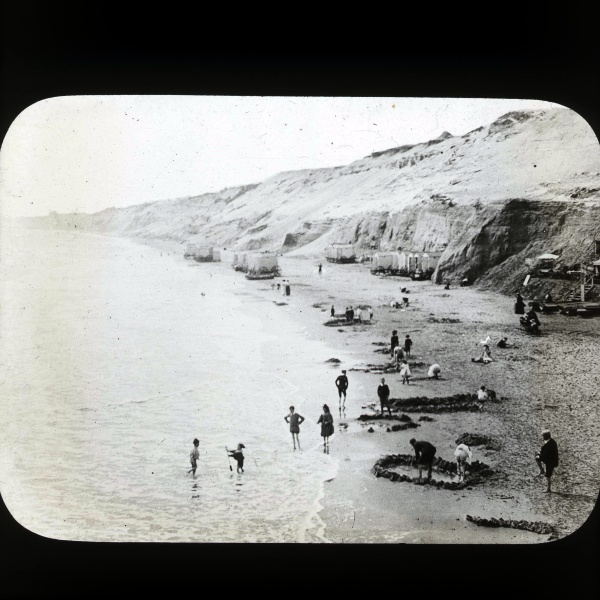 Date: This is the first of three images which were apparently taken at the same time.

Notes: Notice the Bathing Machines in the distance. This photo was presumably taken before the end of the 19th century. We don’t know who took it, but I think if may have been by my great Grandpa (Percy’s Father), Richard Henri Evans (1865 – 1952 . He was a schoolteacher, and a dog lover. He was certainly an early adopter at a time when photography was still very new, and the equipment was very expensive. The 3″ glass slides which we copied to make these images would have been developed at home, in a dark-room. 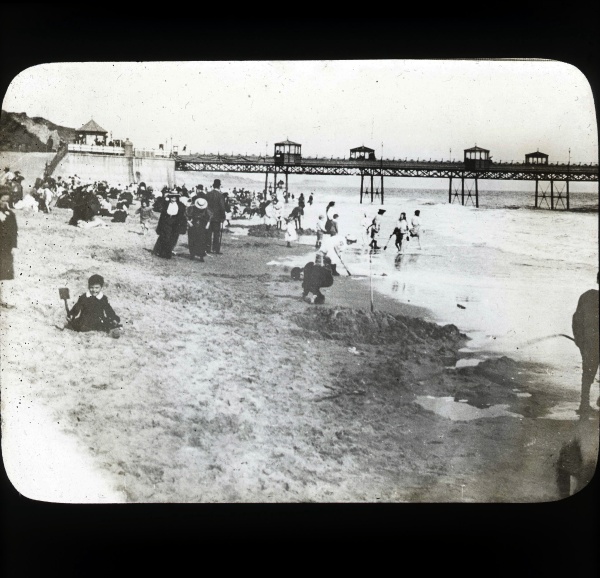 Subject: Bournemouth Beach, Hampshire, UK with the pier in the background 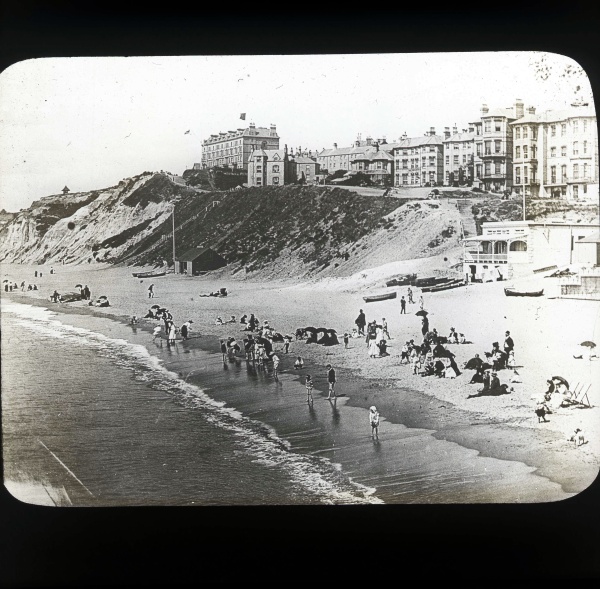 Subject: Bournemouth, from the pier looking west towards Highcliffe

Notes: Derek said – I am fairly sure that this is Bournemouth, looking west towards Highcliffe (If so, are the other photos also Bournemouth?) I think they were taken at Bournemouth and as a result have described them as such. 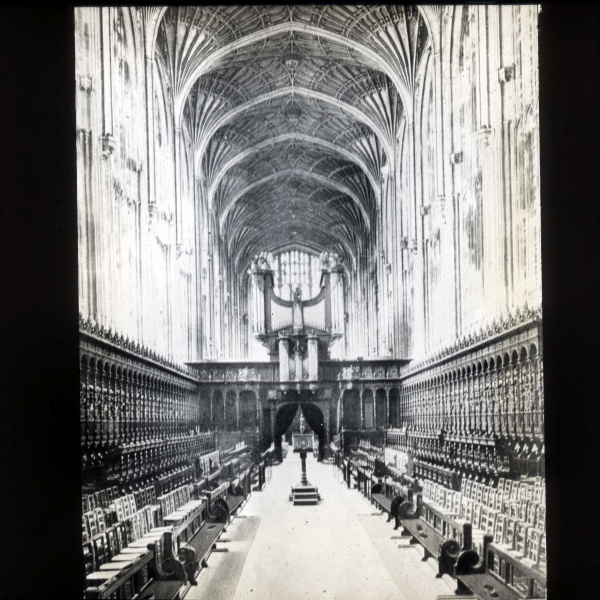 Notes: I am not sure why I say this, but it comes to mind. (Steve)