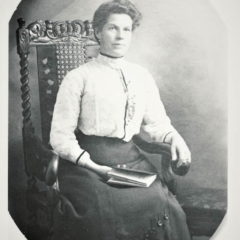 During Percy’s early life after marriage, he and Maud probably would rather the story of her Mother and Father’s relationship was not spoken about. It seems to be a fact (although I have not seen any independent evidence, and this is purely what I have been told) Maud’s Mother (Elizabeth Anne “Bessie” Andrews) was a […]