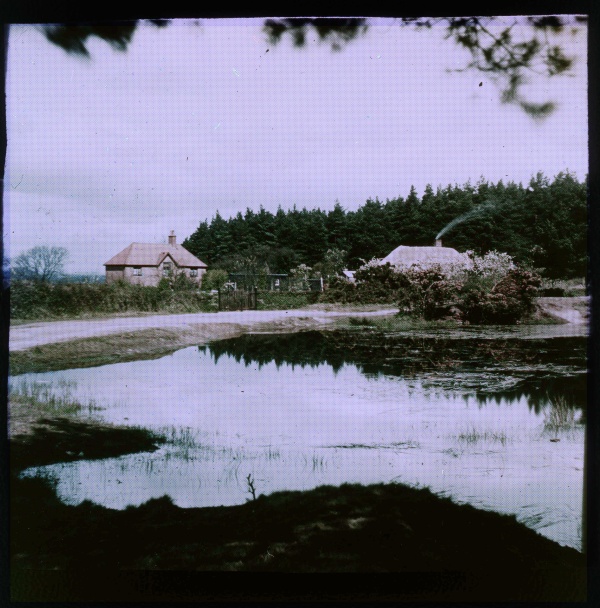 Subject: Whether this cottage has any relevance or was just considered a good subject for this photographic scene? I don’t know. (Steve)

Notes: Early colour  – pixellated effect on original shows as a pattern. There were a number of colour processes developed during the 1930s. 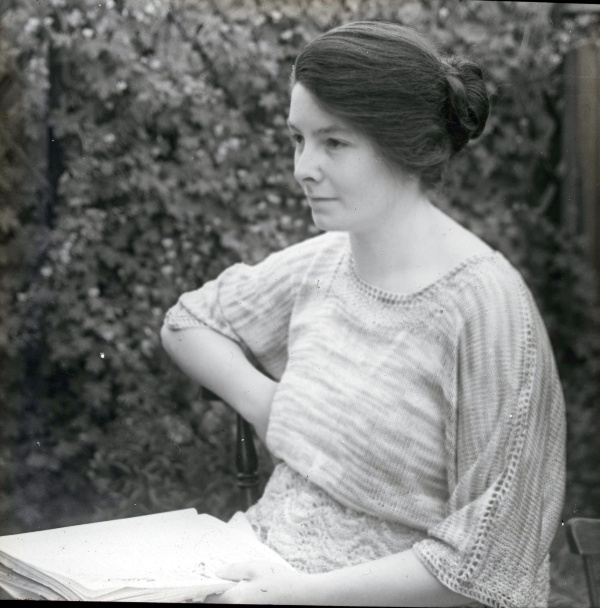 Date: If she was 30 when this was taken it would have been taken around 1918. 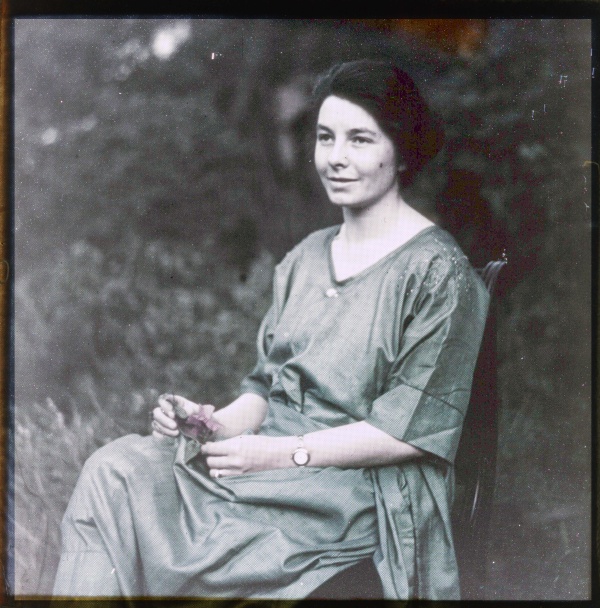 Subject: Maud Emily Evans – If this was taken in her 30s

Date: Maybe taken around 1920, she looks a similar age to the photo above, but maybe slightly older.

Notes: She was a truly lovely Grandma to me. After Percy died and through my formative teens we lived in Byfleet, just around the corner from her house. After Percy died suddenly in 1964 of a heart attack in Johannesburg, She returned without him and still grieving his death. My mother (Margaret – her daugther).  Made a rule which she kept to until Maud’s last day. The rule was that someone must always go and see her every day for half an hour – or Maud would come around to our house. Just to talk. She had a TV and I believe she also had a special lead to connect the TV sound to her hearing aid, but she rarely watched it.

All Maud ever wanted during these half hours was to sit and talk, while she would knit or crochet. (Her hands would somehow be clicking away on auto-pilot, and only occasionally glancing at a pattern!)

My sister and I would go around with Mum, or individually after school. It was a wonderful inter-generational experience of really knowing someone of another generation – which today’s young rarely experience.

She had brought up her 4 children through two World Wars. Her husband and children had all been in great danger and had willingly served in very dangerous wartime posts, and yet they all survived. Not just survived. They actually did amazing things to help the war effort. She must have gone through so much in those years. In peacetime nowadays it’s so different, none of us can truly imagine how it was then. 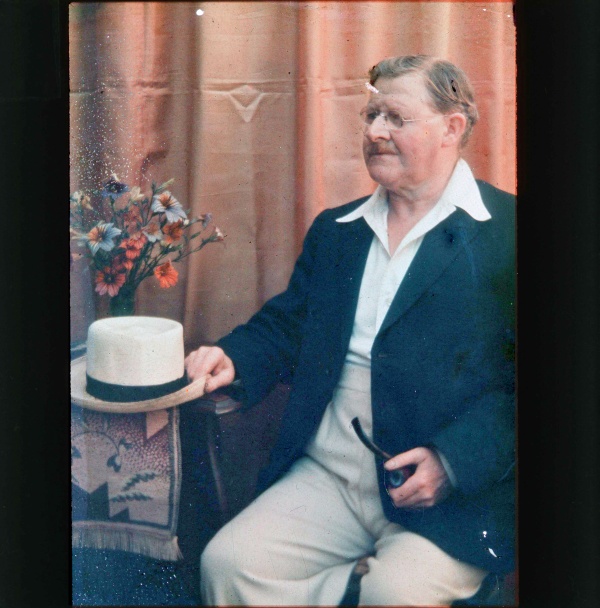 Subject: My Great Grandad (Richard Henri Evans 1865 – 1952)? Is this Percy’s Father? Would this be post WW2 when he would have been in his eighties his wife Florence died in 1947. It’s not Percy is it? 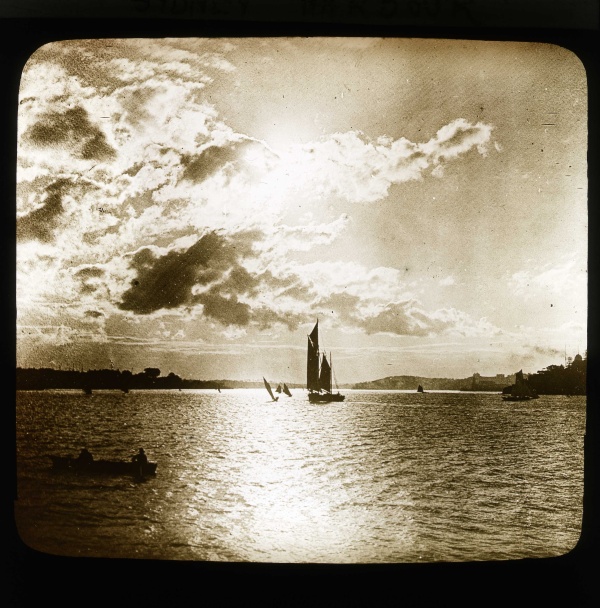 Subject: The sailing barge is indicative of UK coastal waters. Thinking again (April 2020) about this, it has a similar feel to it some of the oldest slides which are mostly around the Evesham, Worcester area and one is a view across the River Severn. Maybe this is the River Severn as it starts to get wider into the Severn Estuary, south of Gloucester.

Notes: I said could it be Sydney Harbour, which is admittedly extremely unlikely. Derek – Are you sure? Steve – No that’s a pure guess. Could be Southampton? Is that a warship on the extreme right?